Unhooking a semi-trailer – how to unhook a semi trailer

For veteran truck drivers, hooking and unhooking a trailer sometimes occurs several times a day. For others, they may only drop & hook once or twice a week, or rarely. Despite the ease with which trailers hook and unhook from a tractor, errors still occur. 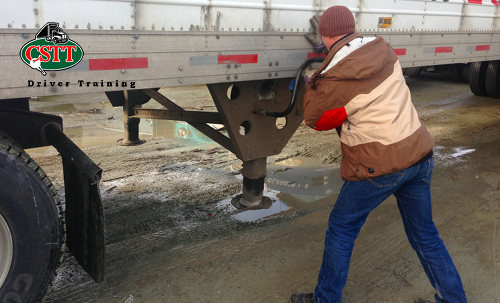 All too often, trailers are dropped on the ground incurring considerable time and expense. A crane or large forklift first has to be found, brought to the site and used to pick up the trailer while the tractor backs under.  Worse yet, the trailer falls off the back of the truck as it’s going down the road, risking the lives of other road users.

What could potentially go wrong 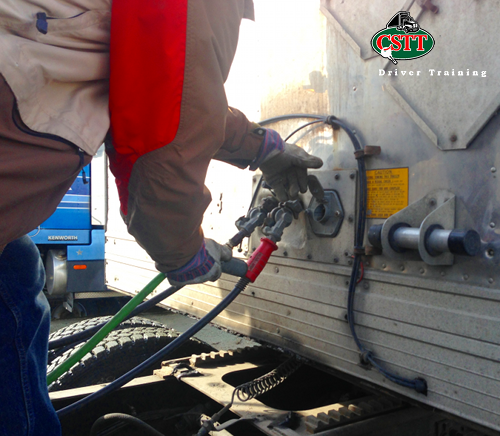 If you don’t inspect the integrity of the ground before dropping the trailer, it could potentially sink. If this happens, you—yes you the driver—will be held responsible for negligently dropping a trailer. As well, in the summer on hot asphalt a trailer’s landing gear could  damage the paving. To prevent holes in the asphalt, use boards under the dolly pads. In some trailer yards, a strip of concrete is poured and the trailer’s dollies must be positioned on the concrete to prevent damage to the pavement.

Always wind the landing gear down first, otherwise you may get distracted and forget. By establishing a procedure of doing the landing gear first, you will never risk potentially unhooking a trailer and dropping it on the ground.

Immediately after winding down the landing gear, disconnect the airlines and the electrical chord. If you wind down the 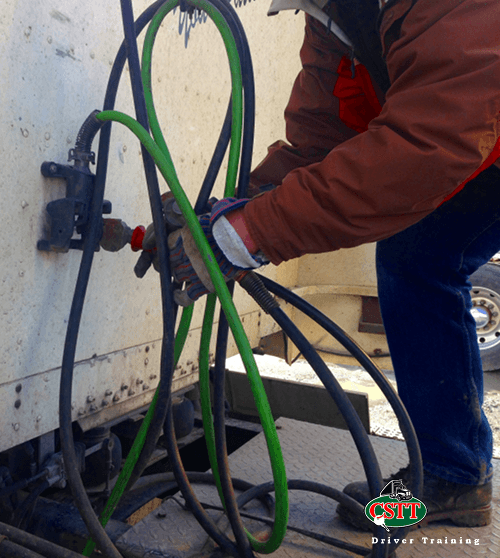 landing gear and then pull the 5th wheel pin, again, you may get distracted and forget to disconnect the lines. And believe me: there is nothing that will make you look more amateur than driving away from a trailer and snapping off the air lines and electrical chord. 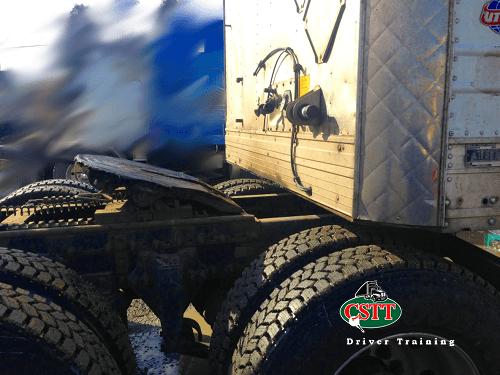 Unhooking a semi-trailer to a tractor is somewhat simple, if done in the above order with the proper checks. In the “real world of trucking” this procedure should take less than 5 minutes. If the above order is changed or the checks not completed, a trailer will likely end up on the ground at some point during your career. These precious minutes could potentially save you hours of grief and a reputation that will haunt your career.