Any novice truck driver will soon become aware of their inability to properly navigate. Unlike a car, places to turn around a 23m (75ft) vehicle are few. And unfortunately, navigation is a skill that is learned on-the-job. 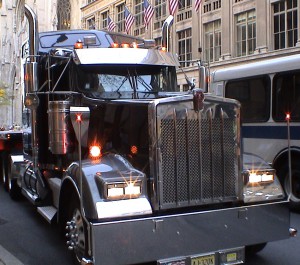 In the novel Bridges of Madison County, Robert Kincaid informs Francesca that three different people have to be asked to determine correct directions. In the days before Global Positioning Satellite (GPS) devices, this fact remained true.

Driving trucks in the 1990s, navigating to a location consisted of three defined actions, in keeping with Kincaid’s belief.

1) Look at the map and determine from which highway, freeway or interstate you would be coming into the location
2) Call the receiver and get directions, but not from just anyone. A number of employees, it seemed, just popped up out of the ground in the morning and didn’t have the foggiest idea how to direct a large commercial vehicle to their location. For directions, you always talked to the shipper.
3) Go back to the map in your truck: look at the city inset and see if the directions line up with the map. If not, call the shipper again and ask for clarification.

The last step of navigation before moving the vehicle consisted of writing out the directions in a short-hand that could be referred to while driving without pulling out the map. This step should be done today so that you’re not looking at your GPS while driving.

After being lost once or twice and experiencing the utter frustration, truck drivers are forced to develop a system. I was once lost in New Jersey for 4 hours, looking for a construction site. As a veteran, I had followed my proven system; however, upon making the right just up from the site, a low overpass greeted me. With few options, I turned right into a laneway and evaluated the situation.

Now I had to get back on the road and find a place to stop, call and get directions—but not just any place—a place where I could park a rig and a payphone existed. (Payphone: a historical device that is operated by coins or by a credit or prepaid card and allows you to communicate verbally with another person.)

The laneway where I had sought refuge, forced me to back out into traffic blind-side. And after getting wrong directions again, my driving around endlessly saw me get a tour of most of the US’ east coast. It seemed that the entrance to the job site had been moved a number of times, like that of a magical maze, remaining an enigma to residents and workers alike. 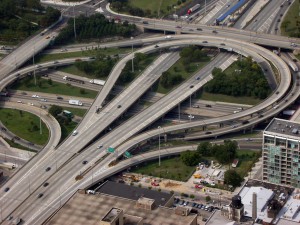 Other tips for navigation include getting exit numbers off interstates, freeways and highways. After ending up in a swamp off I95 in Florida, I discover that the Smythe Avenue that I wanted was another 70 miles down the road. Despite successfully navigating into a location, always, always ask for (or look up directions) back to the highway. The way back to the freeway is often not the reverse of the way in, owing to the fact that interstates are limited access highways. In keeping with this previous tip, drivers most often get lost when they know where they’re going!

In today’s trucking world, computers, smart phones and GPS are tools of the trade. Calling a shipper or receiver and getting directions has gone the way of the dodo bird; yet, does it still retain value?

On a recent trip to Summerland—where he’d been before—Jim, a fellow truck driver, arrived to pick up a load of wine. Knowing the way in, he followed the winding, circuitous route to the winery. Upon leaving, his friend Bill, who’d accompanied him on the journey, convinced him to follow the route suggested by his GPS device – an ostensibly shorter route. After a few miles, they located their right turn; yet, steep embankments combined with a narrow, single-track road made the turn nigh impossible. The rig could only go so far before the trailer climbed the left embankment. Like a number of routine trips, a situation emerged. And they got into trouble, despite Jim knowing the way. 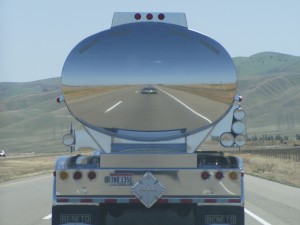 Jim contemplated his two difficult options: first, back up several miles down the single-track, winding road; or two, force the unit around the right-hand turn. The second option seemed the lesser of the two evils; despite the precarious position of the trailer as it climbed the embankment. And, as the rear tires climbed, it drove the trailer’s nose into the truck’s tandem tires. After a slow, tense and dangerous turn, the vehicle emerged, but not unscathed. The tractor tire was destroyed and had to be replaced. In the end, the cost of the tire was several hundred dollars and the load arrived late.

Every truck driver has an entertaining story about navigation gone wrong. And despite marketing’s best efforts, GPS mapping is not the end-all and be-all, successfully assisting drivers to pilot their vehicle up and down our highways and byways. Despite advancements in technology, GPS systems are wrong for a variety of reasons. Like Robert Kincaid, drivers should consult other sources for the right directions. As of this time, a GPS will not tell you the location of the loading dock or which driveway leads to said dock.

(Photo by Apples and oranges / CC BY)